HOT AIR BALLOON RIDES - A NATURE-WALK IN THE SKY

When was the first hot-air balloon flight and how was ballooning invented?

In 1783, two brothers, Joseph-Michel and Jacques-Étienne Montgolfier, prosperous French paper manufacturers demonstrated their invention, the hot air balloon, before a crowd of the rich and famous in their hometown Annonay, France. After several successful tests launching paper mache bags filled with smoke from the house chimney, the brothers decided to publicly demonstrate their invention. The Montgolfiers believed they had discovered a new gas, which they called Montgolfier gas. This gas was lighter than air causing the inflated balloon to lift off. In reality, the gas was simply air that became more buoyant as it was heated. The balloon ascended  because the air inside was lighter, less dense than the outside air, which pushed against the bottom of the balloon making it rise. This gas (hot air) was invisible and only the smoke of the fire could be seen so it was first thought the smoke was the gas. Building very smoky fires and filling paper mache bags with the smoke thrilled the Montgolphiers to continue testing progressively larger bags, later called balloons.

The Montgolfiers made a balloon 33 feet (10 meters) in diameter of silk and lined with paper mache and launched it, with nobody aboard, from the marketplace in Annonay on June 4, 1783. The balloon ascended to an estimated altitude of almost 6000 feet, staying aloft for over 10 minutes and traveling about a mile from the marketplace.

In 1783 Scientist knew very little about the effects of high altitude on humans. No testing was possible except to hike to the top of the highest mountain. What if the balloon could fly higher than mountains? Could man survive that high? Nobody knew the answer so the King of France proposed a test using prisoners, instead the Montgolfiers suspended a basket below the balloon containing a duck, a rooster and a sheep. The idea was to use animals with different physiology and lung capacity. The sheep was thought to be similar physiology to a human’s because it was a land based animal. the duck with its ability to fly high was unlikely to be harmed, so it was used as a test control and the rooster was included because it was also a bird that did not fly at high altitudes, spending most of its time on the ground. French king, Marie Antoinette and a crowd of 130,000 witnessed the balloon with the animal passengers launch on Sept. 19, 1783. It was a short flight lasting only 8 minutes, travel approximately 2 miles with landing safely at the edge of the city.

The first test a balloon with a man as the passenger was on Oct. 15, 1783. The balloon was secured to the ground on a tether. Jean-François Pilâtre de Rozier, a chemistry and physics teacher, stayed aloft in the balloon for almost 4 minutes before the balloon cooled and came down.

On Nov. 21, Pilâtre de Rozier and the Marquis d’Arlandes, a French military officer, were the first to lift off without tether and made the first free ascent in a hot air balloon. The to Men launched from the center of Paris flying about 5.5 miles to the edge of the city in approximately 25 minutes. Benjamin Franklin was in attendance and wrote in his journal about witnessing the balloon take off:

“We observed it lift off in the most majestic manner. When it reached around 250 feet in altitude, the intrepid voyagers lowered their hats to salute the spectators. We could not help feeling a certain mixture of awe and admiration.”

A huge balloon built by the Montgolfiers carried seven passengers as high as 3,000 feet on Jan. 19, 1784, in Lyons, France. Limitations of using “Smoky” hot air for flight became apparent. Balloons filled with smoke of the Fire lifted off but continuing to keep the air hot was difficult as keeping a fire burning onboard created the risk of setting the balloon on fire. Soon after lift off  the air cools, the balloon descends back to the ground. Soon after, on Dec. 1, 1783, less than two weeks after the first manned free flight of a hot air balloon, Jacques Alexandre César Charles launched a balloon containing hydrogen gas. This quickly became the popular method of ballooning which continues to this day world wide.

The modern hot air balloon as we know it today was invented by Raven Industries in the 1950’s doing work for the US Navy. Sport ballooning soon followed in the 1960’s. Modern hot air balloons became possible due to the invention of lightweight Dupont Nylon fabric coated to remain airtight, the use of propane as a high temperature combustible fuel, high efficiency burners to keep the air hot and modern flight instruments. Today’s balloons are small enough to carry just a Pilot and large enough to carry over 20 people.

I'll be your pilot during your hot air balloon ride flight.  I'm here to make your experience a memorable one. 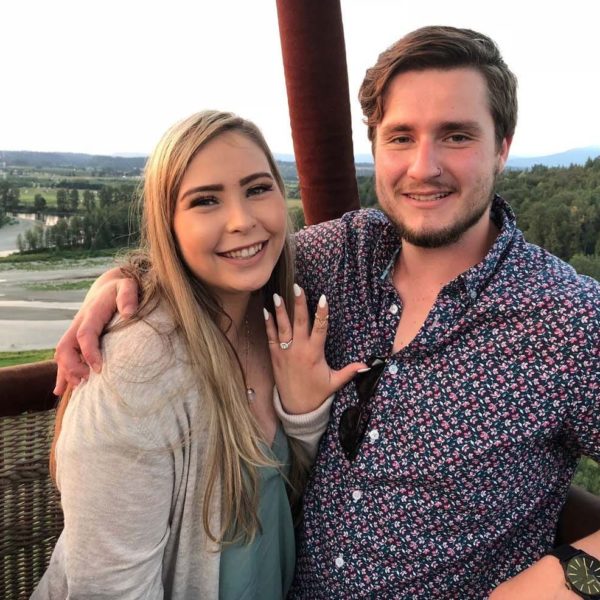 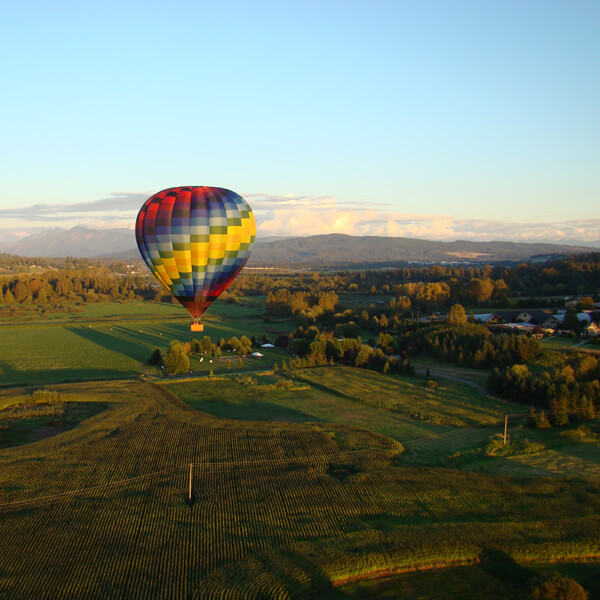 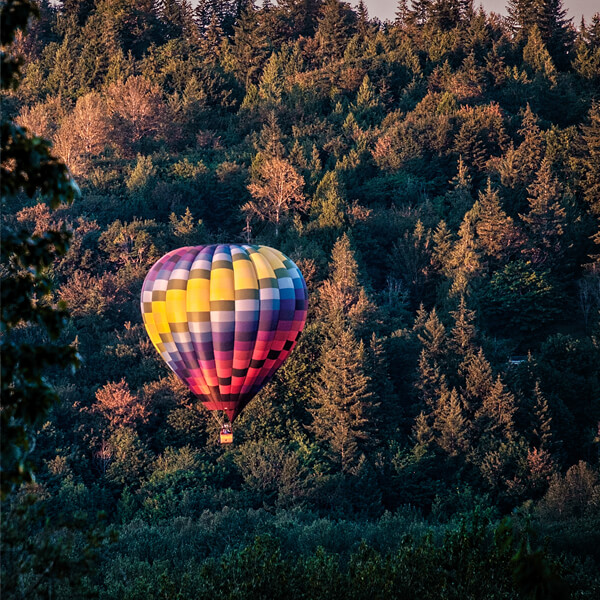 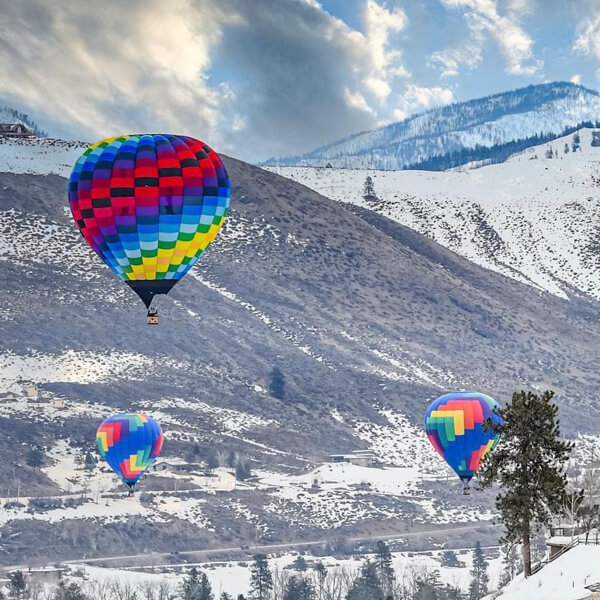